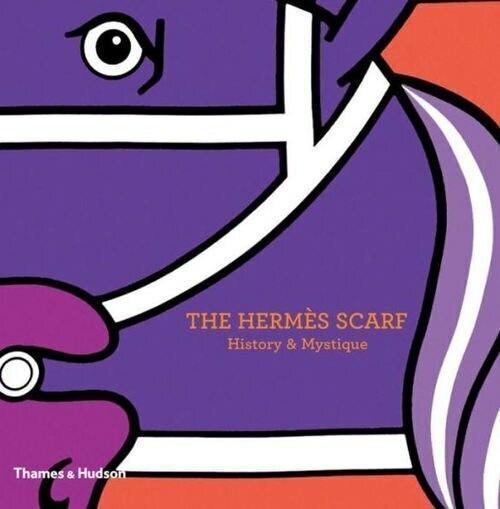 The Hermes Scarf: History & Mystique by Nadine Coleno
A sumptuous selection of Hermès scarves chosen from seven decades of creative innovation.
The Hermès scarf is a style icon. Worn by royalty and celebrities, coveted and admired, and now avidly collected, this deceptively simple square of silk is much more than just a fashion accessory: it is the stuff of legend.
Since the first scarf made its debut in 1937, the House of Hermès has produced more than two thousand different designs. From the classic scarves that embody the Hermès tradition to the wildly imaginative stylings of contemporary designers, the House is always forging new paths and yet is never afraid to take a fresh and often witty approach to its own heritage.
A scarf is not the work of a single individual; at each stage of its creation, talent and craftsmanship combine to create a work of art. These qualities shine through in the illustrations, by turns playful and poetic, which lead the reader into a richly colored world with a multitude of motifs. They range from the equestrian themes that are internationally associated with the Hermès brand, through French history and the natural world, to global cultures. From vibrant opulence to subtle harmony, every scarf conveys a mood and every one tells a story.

Be the first to review “THE HERMES SCARF BOOK” Cancel reply
SKU: 168346 Category: Our Books Are Real Page-Turners!